men of song we measure out
our joys and agonies
too, our long, long passion week
in paces of the dance. We have
come to know from surfeit of suffering
that even the Cross need not be
a dead end nor total loss
if we should go to it striding
the dirge of the soulful abia drums. . .
But beware soul brother
of the lures of ascension day
the day of soporific levitation
on high winds of skysong; beware
for others there will be that day
lying in wait leaden-footed, tone-deaf
passionate only for the deep entrails
of our soil; beware of the day
we head truly skyward leaving
that spoil to the long ravenous toot

and talon of their hunger.
Our ancestors, soul brother, were wiser
than is often made out. Remember
they gave Ala, great goddess
of their earth, sovereignty too over
their arts for they understood
too well those hard-headed
men of departed dance where a man’s
foot must return whatever beauties
it may weave in air, where
it must return for safety
and renewal of strength. Take care
then, mother’s son, lest you become
a dancer disinherited in mid-dance
hanging a lame foot in air like the hen
in a strange unfamiliar compound. Pray
protect this patrimony to which
you must return when the song
is finished and the dancers disperse;
remember also your children
for they in their time will want
a place for their feet when
they come of age and the dance
of the future is born
for them.

From Beware Soul Brother by Chinua Achebe (1930-2013). The collection was written during the Nigerian Civil War and won the Commonwealth Poetry Prize in 1972.

There is a splintered street
Where dreams die at dawn

The gurgle of laughter stilled
In the unlikeliest of throats

Called life.  Death is not painful
For the dead. Only for the unfortunate

Living who sift through memories
Like voyeurs. Searching for something

It breeds fluttering ghosts that
Flap wings in rib cages

Today, one generator and a television
Were taken away from someone
Light and hope was stolen from that home
He lost his head and swore to get someone else’s

Today, a man was caught
Who stole a generator and television
He was the thief of someone else’s vision
Seeking means to fight Hades who called to his mother

Today, a mob roasted a man
With a generator and television
While his mother died waiting for funds
To get drugs Chemist costed at one thousand

(for our lost ones…and elvis iyorngurum)

are you a figment of our thoughts
a political statement
a stunt to destroy our famed luck?

It was the night of the full moon
and we were at supper: that was

when they came for my grandmother.

The birth, they said, was not going too well—and
was it everything the eye saw that the head
carried into the homestead?

wordless communication was like a loud silence—that
kind of silence that comes crashing  from the ceiling
when the teacher magically appears in a noisy class.

Grandmother did not ask
to be allowed to finish her meal.

She looked at us with the distant eyes
of a stranger—there was no remembrance
in her eyes of the moonlight story she owed us:

our favourite story of the tortoise:

his journey across seven seas and seven forests
and seven mountains and seven deserts and
the songs he sang over deserts and mountains
and forests and oceans and
the beautiful wife that still eluded him….

Grandmother asked only one question:
‘The grandmother of the child…have you sent for her?’

They nodded—as if all three of them
shared the same head on the same neck.

I found I was holding my breath
as Grandmother followed them

and the moon went with them.

(From Hyginus Ekwuazi’s One Day I’ll Raise My Middle Finger at the Stork and the Reaper (Makurdi: SEVHAGE, 2015)

Aôndo’s grace was rain in many ways
that stopped the flare of the devil’s scorch
even as time brought you back to crazed lanes…
Now, I would pour a sea of me
to tend to your every need
and if it goes dry…

I would bring down the sky
I would tend every burn
and bring you back
in the dreams and more
come…
home would heal every hole.

A poem starts with a decision…to let one’s heart flow to paper…a bold step to share of the gift of heaven.
You throw fear of rejection and impurities aside then hug courage as you step forward to tell waiting ears of something you are only learning. .. 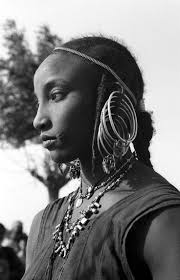 You’ve raised countless armies and helped mould empires out of individuals
You’ve fed everyone whom you backed, like the Queens you’ve raised have done with princes
You’ve fed not alone those who are biologically yours
You don’t see the difference between man and beast
As long as they are a part of nature’s limited yet sufficient circle
You’d show them as much love
In fact a great amount, if we could quantify love 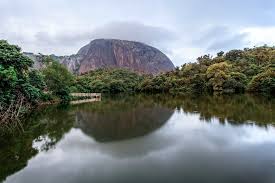 My ancestors and the ancestors of many travailed far and wide looking for a space of their own
You opened your arms and your heart to as many people who sought a place to call home
Your heart is one that doesn’t see black or white, the rainbow is limited compared to how

colourful and warm your heart is
You’re more than just lands, rivers and mountains
There’s so much to you than the jewellery you’ve been divinely adorned with 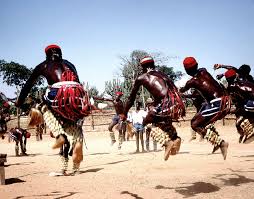 It is futile using mere words to describe your beauty
Every angle only magnifies the limitlessness of your splendour
Mother of nations, wife to none
Daughter of a great father, yes you are his heart

Five decades is not how long you’ve existed
You always been since the Genesis
You’re relentless, like light it’s difficult to hide you
Again, these words fail woefully
How do you actually define GREAT without falling short of its ….?

For the grounds that raised me, I ask that you only grow more fertile and stronger
I’ll take my time to walk, stop and pay tribute to YOU

…at midnight You arrived home
wearing Your tiredness like a coat

after a seventeen hour shift

I rode you like a donkey to the hospital and the next morning, you were back to work while I found healing.

They might not know, but mother, you are the one who always lifted us no matter how low we were.

END_OF_DOCUMENT_TOKEN_TO_BE_REPLACED

So, there are these cool friends of mine, Yemie, Dr. Swag, Zika, etc etc who think me the critic (wrongly) and one day, one of them took me up on a challenge to a small poelogue… It is something like a duel, methinks… But so far, we are testing ourselves with respect but I talk too much… Here we go.

The Critic by Zika Olofin

The Commenter by SVA

I am me, small talker commenting
Dropping thoughts, ranting
At other times tormenting
Getting thee, bloggers, panting

But…forgive when I am cryptic
Or sound like a critic
I am simply just me, small tormenter
Your one and only friendly commenter.