Okay, so, I did my reading at Purple Silver. It was fun. It had been one of those days. As the time drew near, I got my phone remembering one or the other relations or friends who I could have called but didn’t. Well, big deal, abi? I searched all through for what to read. I had planned NOT to read from my collection. Some of my team at the SEVHAGE publishing house said I shouldn’t let people see much of my book, BRING OUR CASKET HOME: Tales one shouldn’t tell till June when it was meant to be released to the public. So, I went through my blog, searched archives, the system and even went digging through forgotten files. There were some new poems I had written, some extempore, some by a lovely lady. Had in mind to read but it seems they all ganged up to hide. I dashed to attend to the obligations of the day which included attending a wedding on behalf of the Old Students of alma mater and also as a friend of the groom. Spent most of the day and came home to continue my search, without success.

Finally, I grabbed what to wear, picked a copy of my book, a love poem I found which had been inspired some time back and dashed for the road. Midway felt the cold and came back for a pull-over and my traditional black and white shawl.

I got to Symbols and quickly apologised to my friend, Joshua Agbo who had come long before time. We went in and had to wait a while before starting. It seemed some people were abiding to the all famous African time. Well, eventually, Anselm Sesugh Ngutsav and Terver Kise the coordinators soon set the motion and we were on.

We had been discussing rape last week and it continued. This was the introductory session for the evening. We read a poem ‘Forever changed’ by Danielle as performed by Anselm.There were varied views on rape. Joy Kika, my guest drew attention to spousal rape. I mentioned the angle of it being more than just ordinary – it had to be psychological and/or religious: ‘It’s the Devil‘ 🙂 One who did it kept on doing it. Joshua brought an academic twist, trying to debunk me. He said rape was largely due to inferiority complex. This was agreed to by Bem… Mya Agu lent her voice to mine in the view of something being wrong with the ‘head’ of the rapist. There were more views from Kenneth I. Apine, Anselm and a few others. When Anselm brought in the angle that men couldn’t be raped as defined by the law and all, there were many more hands wanting to go on and on… Well, there was a reading and a guest writer in the house. The gist had to be postponed or held for a while. Enter yours truly to the stage as my name was read out with a few errors to my role as Secretary of the Association of the Nigerian Authors (Benue Chapter). ‘Vice Chairman‘ a few voices corrected.

I read ‘Let there be light‘ and ‘New Year Tales of Subsidy’ (a poem that I explained. It looks at the entire 2012 Fuel Subsidy struggle focusing on lives lost – the 9 year old in Kano, the man in Ilorin, Lagos, everywhere,… the unborn children who had their lives cut short because the hospitals were on strike and there was no one to shout ‘Push’ out’… the poem ends with hope: ‘There would always be dawn’). Other poems I read include a reworked version of ‘Tales one shouldn’t tell often‘ which is a remixed comic version of the origin of sex as inspired by a certain H., poet and friend.  Finally, I took a new poem ‘The moon still shines in its broad smile’ which I am still working on, as in process and the motion of the heart of the subject. Got it from my note pad. ‘The moon still shines in its broad smile’, a love poem that pretty much talks about nature being encompassed in the beautiful essence of the addressed. It starts with the lines of the title and pretty much ends on a similar note:

‘The moon still shines its broad smile
yes my love,
it laughs in your chuckle,
and sparkles in your eyes
In your essence, this dusk would never be dark’

Applause 🙂 (There was some silence during the reading so the applause brought relief. Hee hee hee)

Joshua Agbo, who is a feared critic and author of How Africans Underdeveloped Africa: A Forgotten Truth in History took the first strike. Evoking the subsidy poem, he said the story of the subsidy and its strike was something really sad that truly, one wouldn’t want to remember often. He asked me what had been achieved by the strike. (Well, I had to sigh in relief. Joshua can be a killer when it comes to drilling. Isn’t he an academic and critic!) I responded that the strike had shown that Nigeria was more united than people – including Nigerians – thought they could be. They came together devoid of tribe or tongue, religion or professional difference. It showed that there was courage to the Nigerian spirit and far more than the ‘suffering and smiling’ mentality perpetually labelled on them. This more than anything else was really amazing. I spoke a bit more and all but oh well, you get the point. Mya Agu was interested in ‘Tales one shouldn’t tell often’ and I joked to her that it was the subject that got her tickled. Joy Kika loved the use of ‘Aondo’ (God in Tiv) and a mixture of local languages to spice up ‘Let there be light’. A little more reactions and I was out of the hot seat. Phew!  Sometimes it can hot in there 🙂

Anselm announced the way forward for some projects of Purple Silver as well as the grand ceremony which would be held next week, April 27th 2013 with great performances. He also spoke on a few other things. After this, Anselm and Terver (who both did some great coordination of the programme) called for a group shot. It was something really nice with some efizi as I remarked later. We had some chat, some general questions and answers, getting to know each other more less formally outside the confines of the event … Had commendations, smiles and the rest. Some people had to ask when the book was coming out, price and the like. Was nice. JUNE! Well, it was time to go. 21:00 hrs (9:00pm). I had some talk with the Benue State University Writers’ League President, Sewuese Leah Anyo, who had come to the event after an exam, and a few others more.

Had a walk and some talk with a friend discussing faith, life, decisions and all. Well, that really isn’t part of the reading still so I guess we can leave that as personal 😉 Missed making an important call centred on lunar verses too…Arghhh!

No yawning. I’ve been up since, Sibbyl, tried calling and yup, danced much. Some day it is. Sunday calls. People get to church. The Lord calls. It’s best we answer. We need him more than we know. So, catch you later? Thanks for reading and always being supportive. 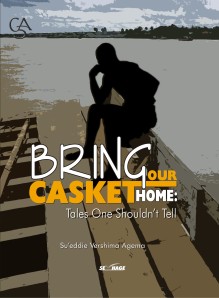 Would love to have your thoughts, please... Cancel reply